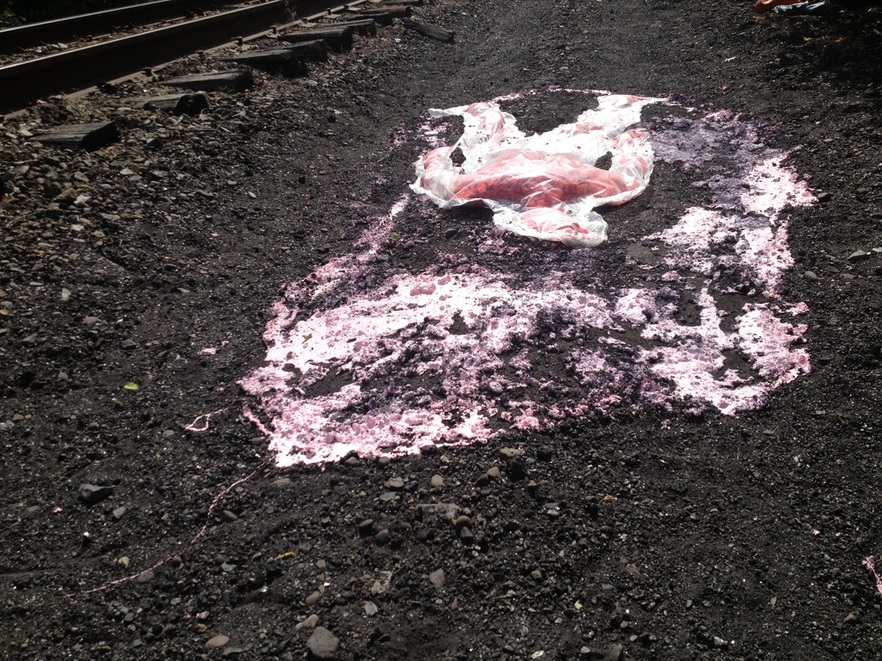 In late winter of 2013 I drove to Gilberton with a life size marshmallow man in the passenger seat.  As we drove it started snowing.  I arrived to find the house that used to be next door covering my lot in a thousand pieces.  The abandoned row home had been demolished and a huge pile of debris covered my property, making it invisible.  I, too, felt invisible; it was as if nobody (other than my neighbor, Richard) knew I owned it.  I had documents to prove it, but I did not exist there.  The conundrum was exciting.

I hiked on the garbage, holding marshmallow man in my arms.  He was camouflaged by his surroundings.  Light filtered through the plastic holding his body together, tracing a halo around the candy.  On the way out I left him in the driver's seat of a Caterpillar that was being used by one of the demolition workers.

I contacted Tina at Gilbeton Borough Hall.  It was now springtime and the ruined house still covered my lot.  She said the coal company would remove it soon, which they did, and the land was flattened to a clear lot.  The foundation of the home that used to be there was removed and so was the vegetation.  I could tell by the sound of Richard's voice when we met at the back of the lot he thought the coal company had done me a favor- cleaning up literally everything- but it looked weird completely bulldozed.  My property was a hotbed of rotating events which excluded me.  My invisibility was concrete. I knew it would affect the evolution of my identity in Gilberton and that it would influence future work.

One day (before the lot had been cleared)  Richard came out to say hello.  It was springtime and the sun was shining.  We stood next to the melting body of marshmallow man and neither of us acknowledged him.
​ 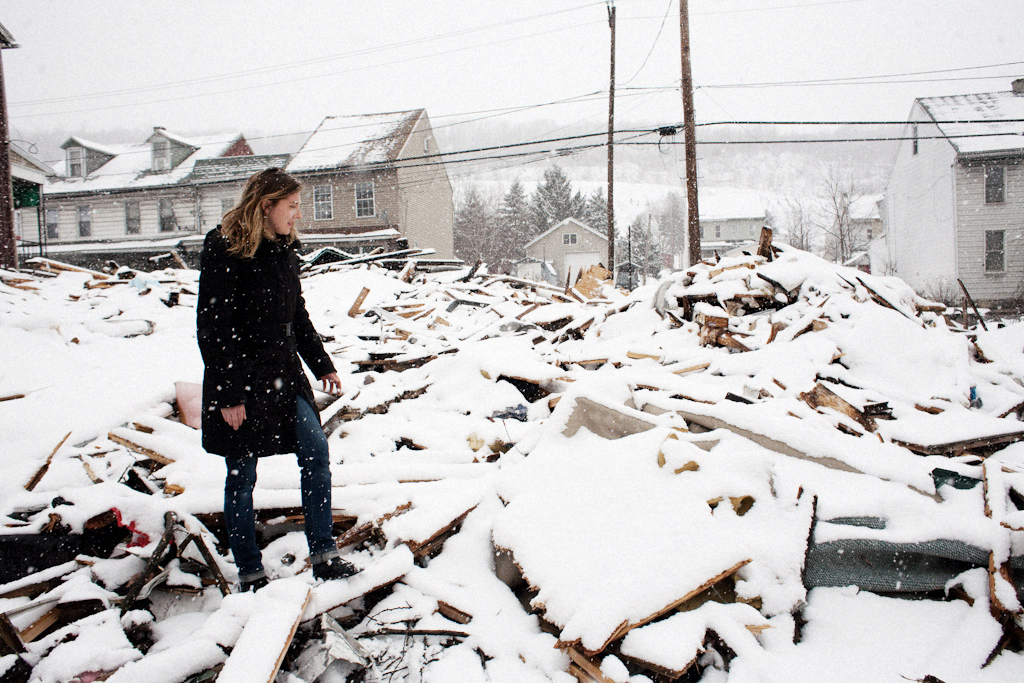 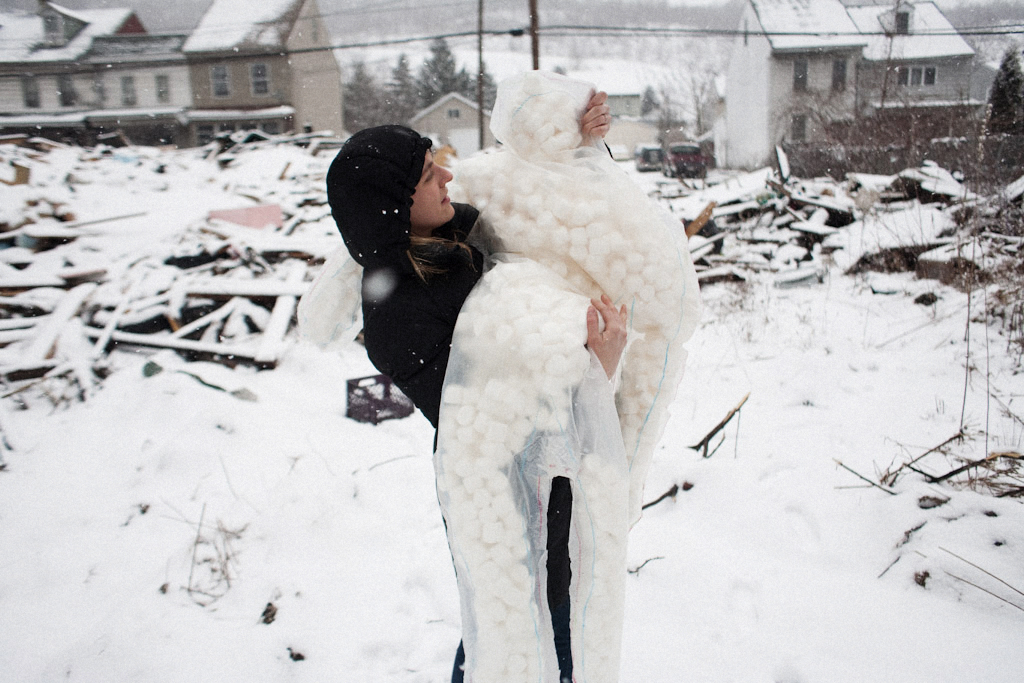 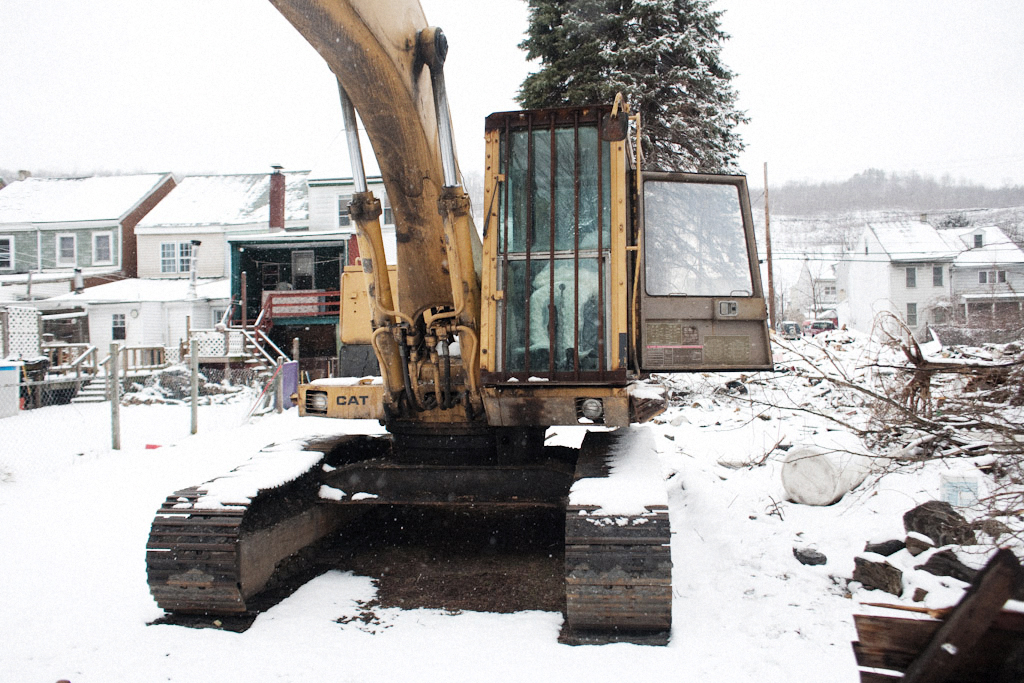 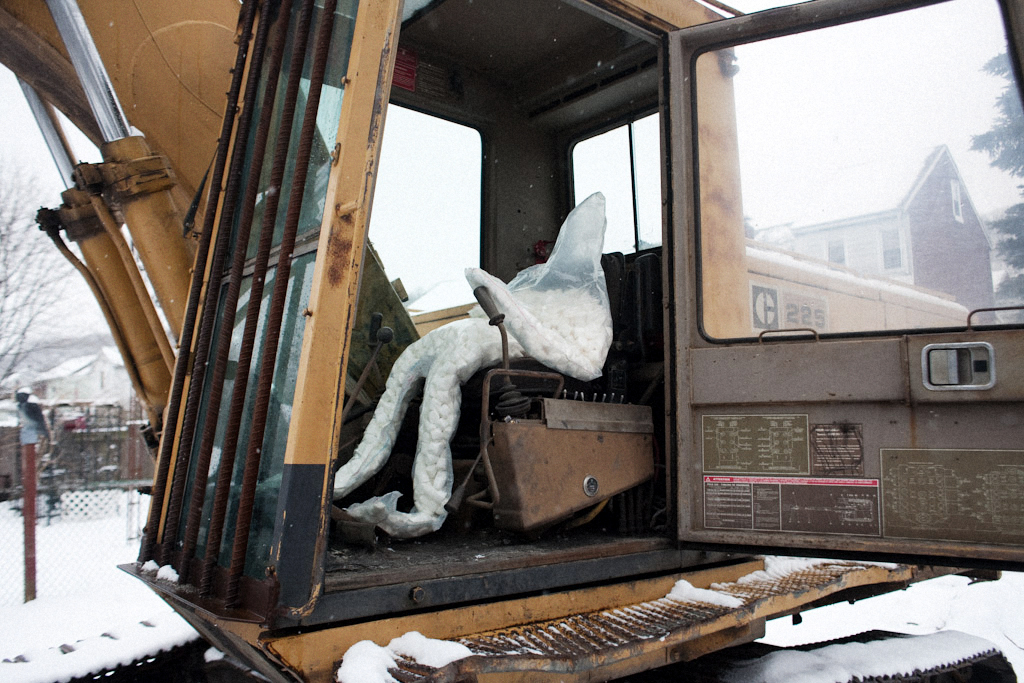 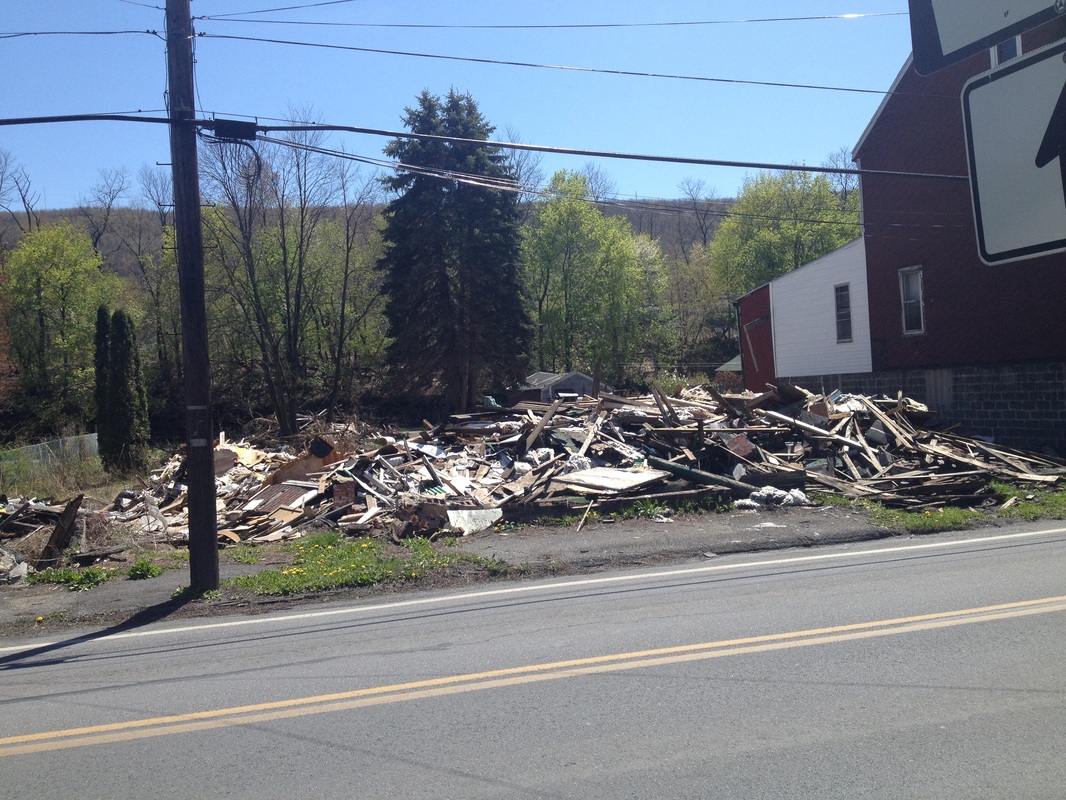 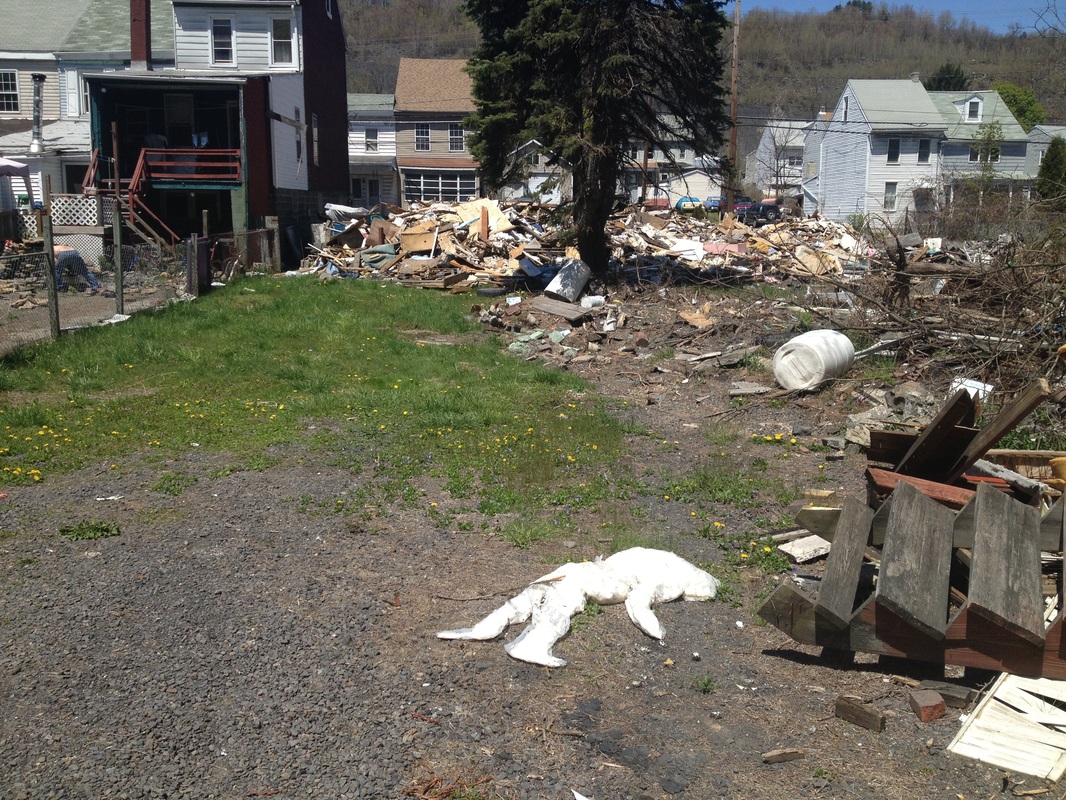 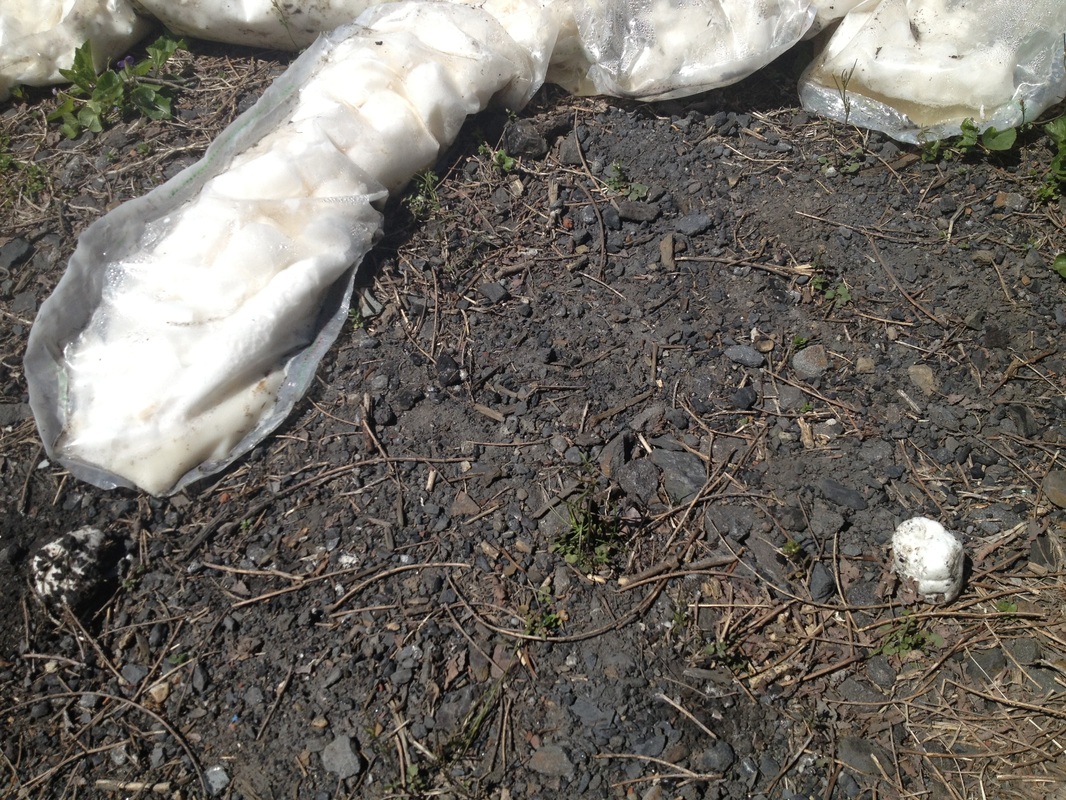