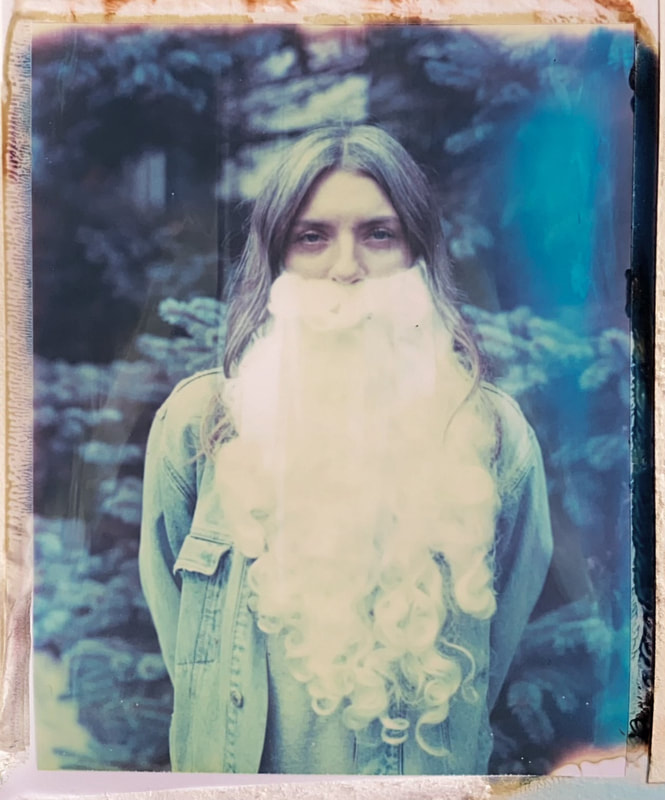 Today John and I had a "dismantling Santa" photoshoot. My first idea was to photograph the Santa suit scattered on the basement floor like evidence of a crime scene: Santa breaking and entering, then evaporating. We took portraits of me "as Santa" but with some parts missing (less of him, more of me). John said: "evolution of my personal Santa-- that sounds like a memoir" and I wrote it down.

The first photo was of me with just the beard. I looked transformed, like a mix of Father Time and Lynyrd Skynyrd. In the second one I look really transformed: a soft lady, tender but disguised, receding in daisies... not me but not entirely feminine.

They are two sides of Santa? To be perfectly honest, I don't know. I don't have any clue what they represent, which makes me think they're not representing anything at all, they are new (becoming, being)

Self with ego being
actively disassembled 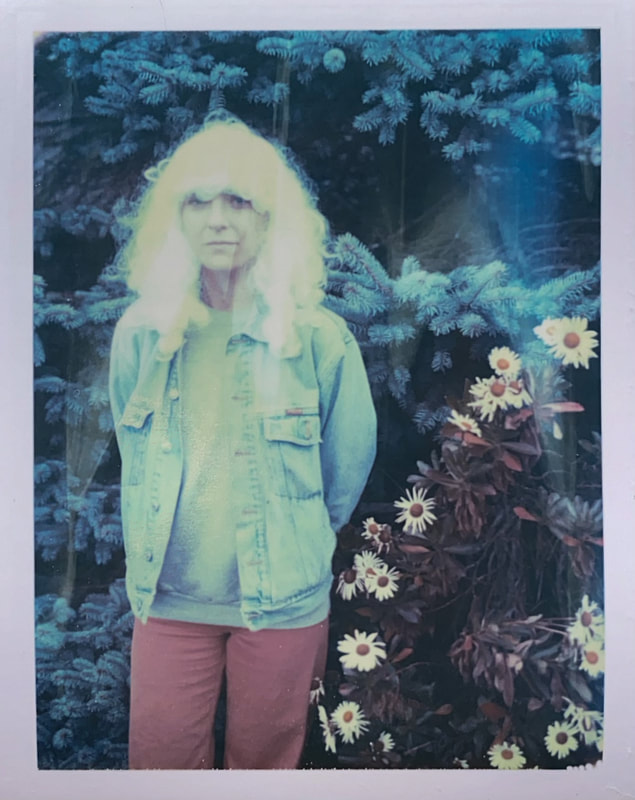 ​After the wig photo it started to snow suddenly, in the middle of a blank November day. It snowed while the photo developed, before we could even see it. It snowed a little more then it turned to bright sun and back to a normal day as though we'd entered a snow globe during the birth of the controlled fragments. The world emptied itself of something then went back to light.

Lastly we did my original idea in the basement. I scattered Santa's suit on the floor. Then I stood (wearing the baggy red pants over my pants) and John photographed me standing in the middle of the Santa particles (stripped identity) wearing my New Balance sneakers. Then I laid on the floor with the Santa suit laid over me, in the "puddle" of Santa. Then finally John said:

"Can I get you in front of that window in those pants?" and we burst out laughing.

2nd to final photo: me in front of the window cracking up, looking out the window, holding my jean jacket open as if I'm flashing someone

Final photo: "Just Me" (in the pants) my leg bent with my foot up on the table, looking at the camera