In March of 2020 I had the impulse to begin casting white plaster cubes. They served as counters to The Black Cube, helping to remind me of true gravity rather than psychic weight. I carved one of them into Santa as I had become obsessed with deciphering the omen of The Black Cube. Who was Santa? How did he earn eternal omniscience? I decapitated a plastic Santa and buried his head in the other cube. The carving was in the trailer when it flooded. It naturally spit into three sections and I buried him in three parts, lapsing in and out of grief.

I cast a third and final cube which contains nothing. Of the cubes below, I forget which one contains the Santa head. This was one of my original goals for this project. Now I use them as coffee tables: lasting results from an exploration so precious that they're inextricable from my day-to-day life. 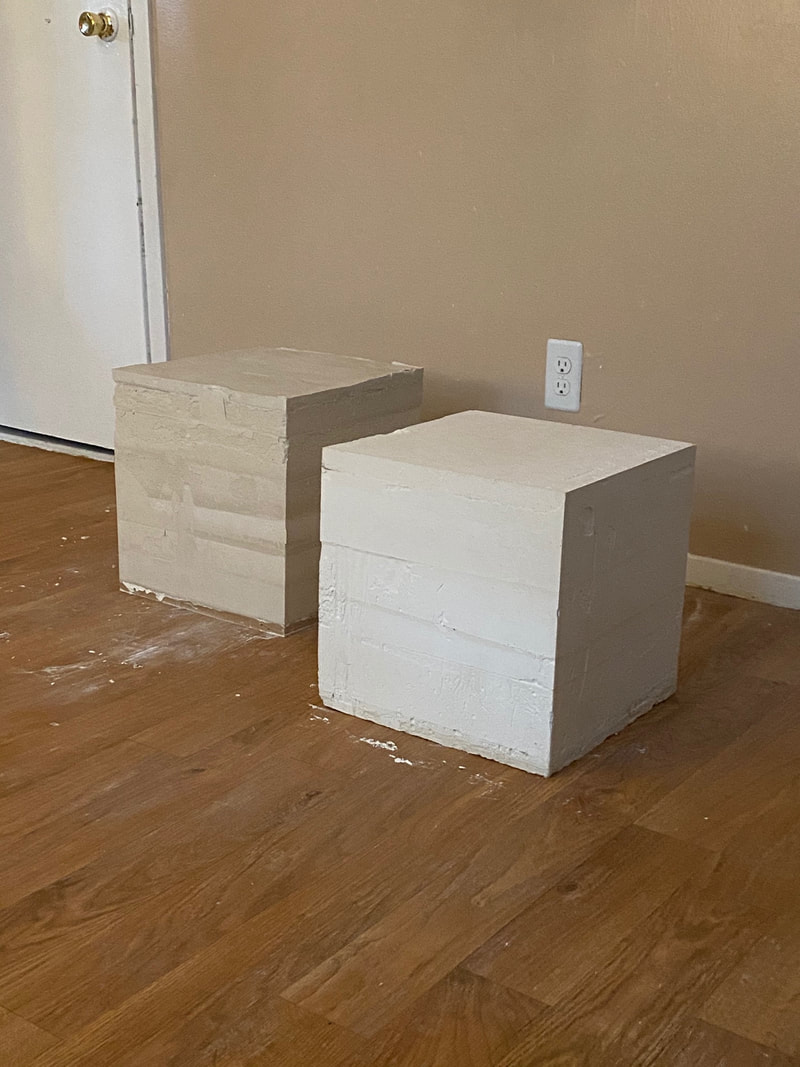 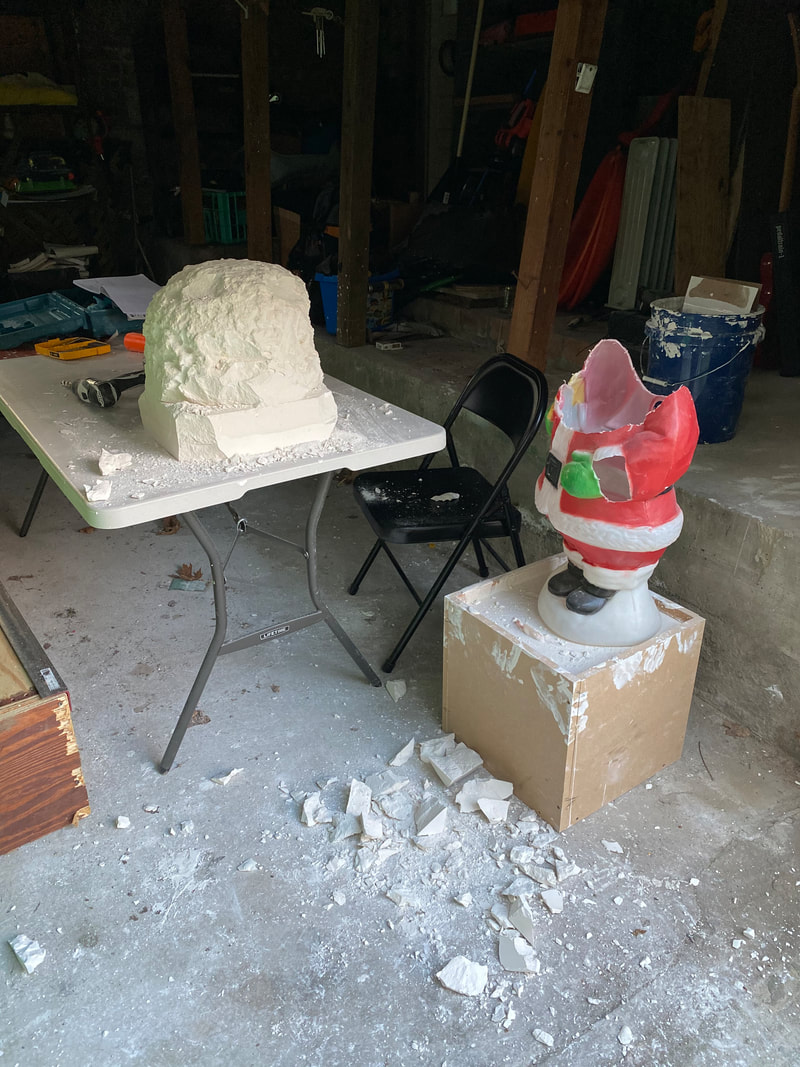 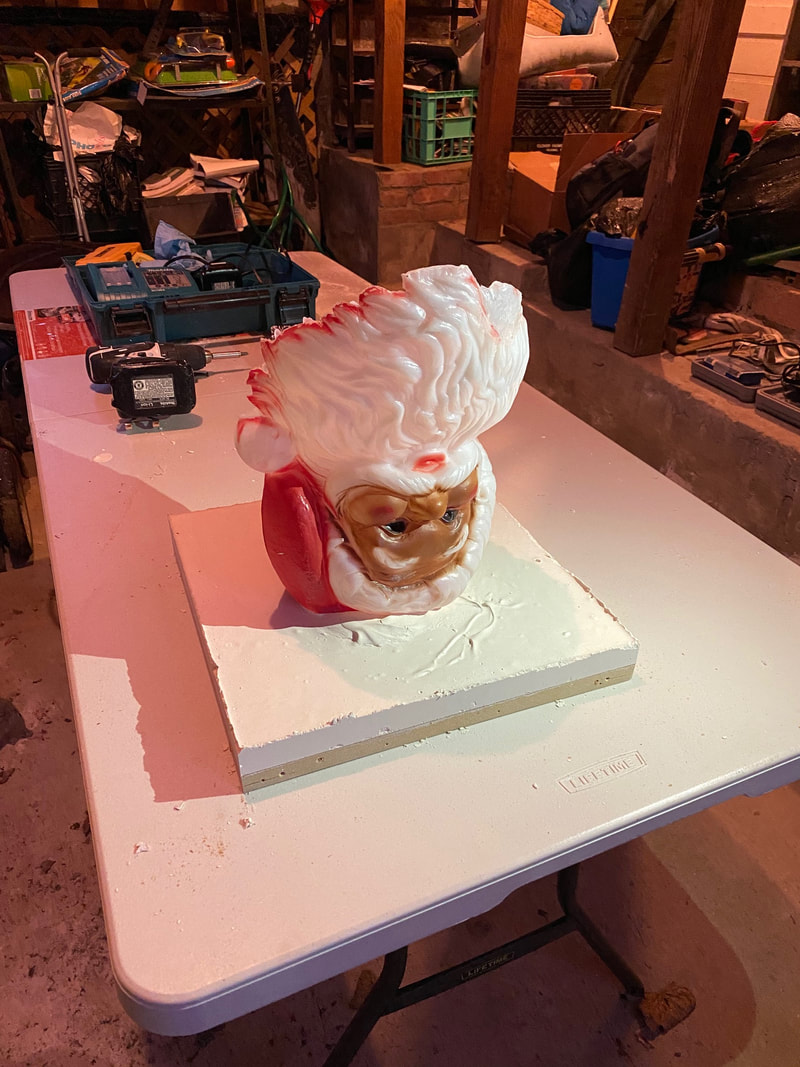 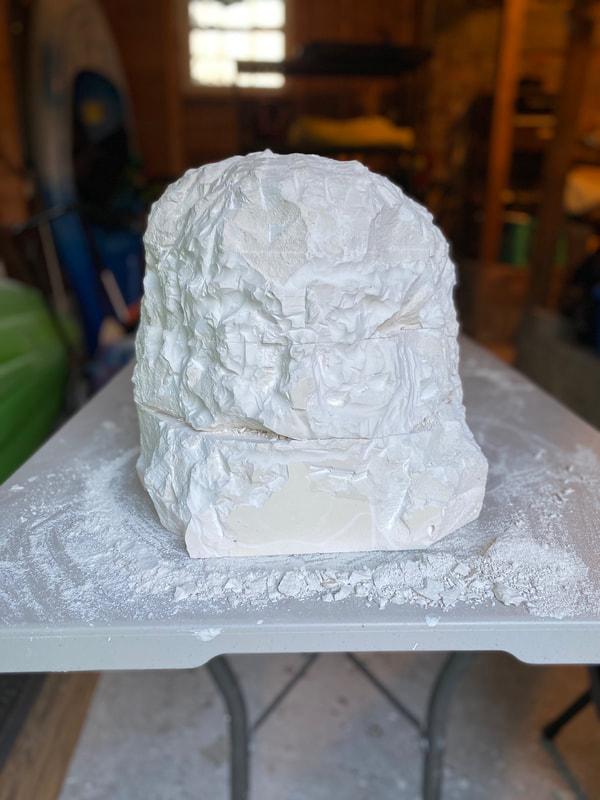