While working with Frank, I shadowed a bow hunter.  Dressed in camouflage he told me he felt like a "kid playing dress up."  It was symbolic because he did disguise himself, but in a different way and with different intentions.  He even used a spray which eliminated "all traces of human scent."
I accompanied and documented him during excursions.  I sat across from him, at the base of a tree, opposite and below his tree stand.  We sat in a triangle, silently, vigilantly, for hours.  We waited for something to occur based largely on chance.

The day unfolded in chapters: the dark of night, the dawn, the early morning, etc.  Elements characterized each block of time, for example, the sound of a flock of turkeys roosting during the last minutes of daylight.  We were not allowed to move.  In order to understand my surroundings, I watched him watch the woods.

I recorded videos of the hunter navigating his territory and included them in an installation.  The video played in slow motion on a projector in a storage room I covered with wood paneling.  Along the staircase leading to it were the two deer I mounted with Frank, who came to the gallery opening. 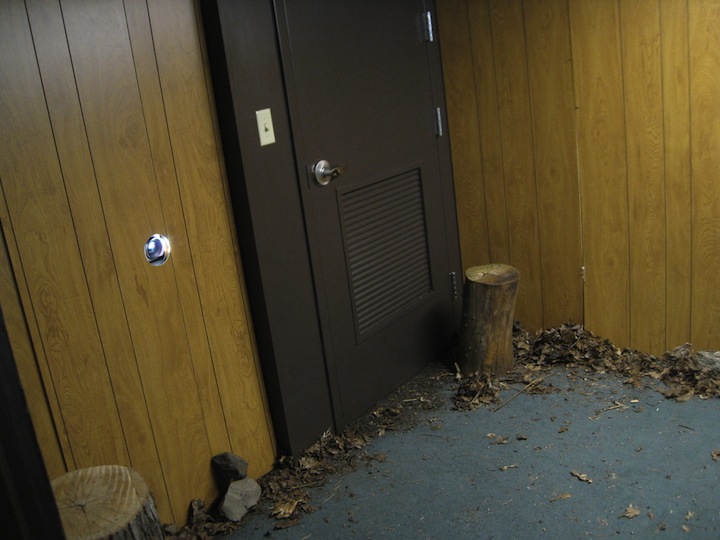 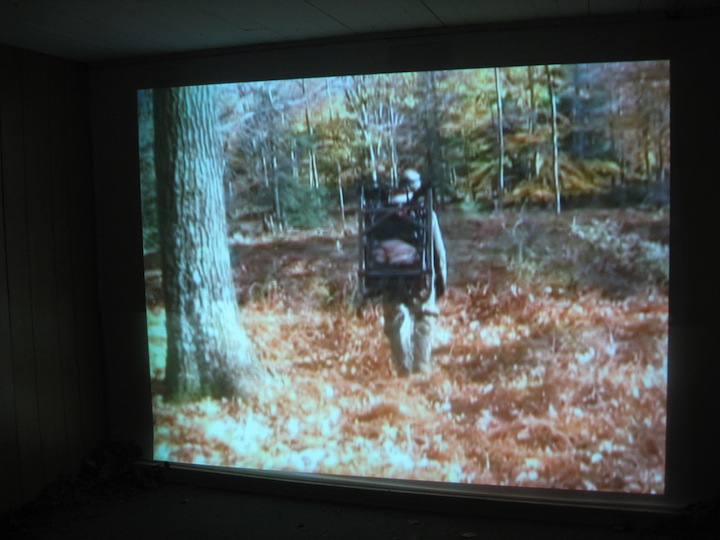 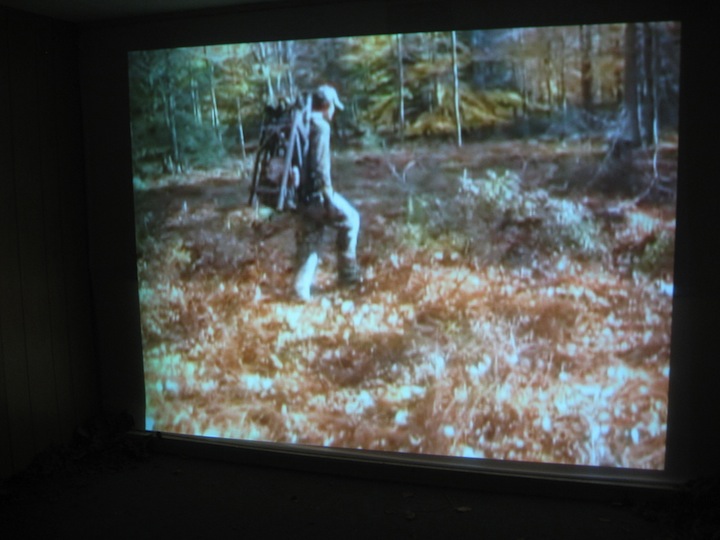 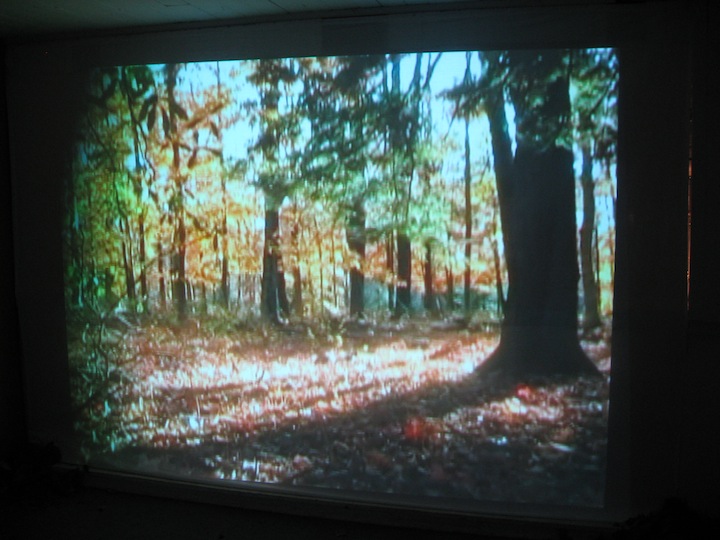 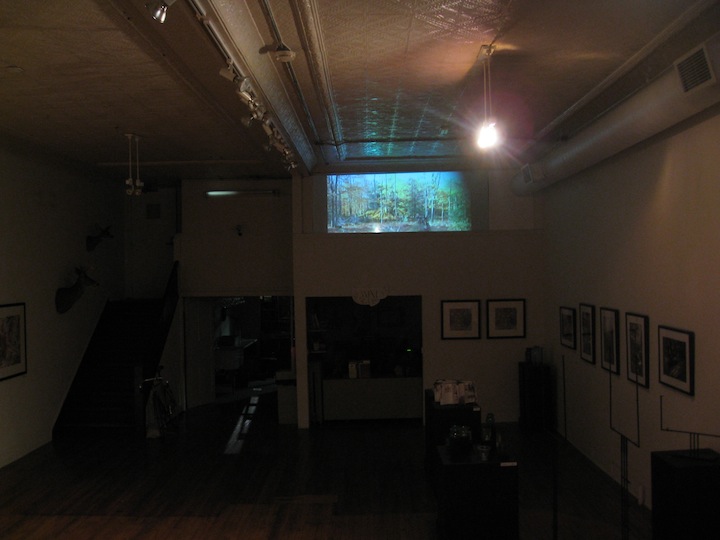 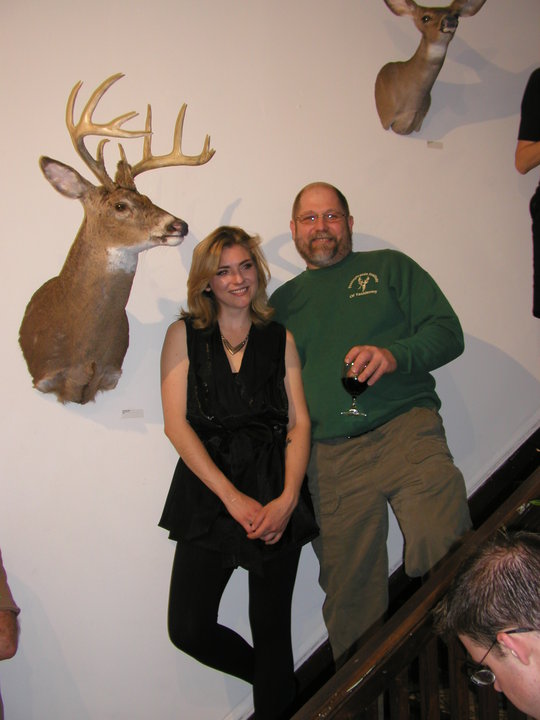