In 2009 I began studying with a taxidermist in Pennsylvania.  I found him in the phone book.  Despite my being a stranger, Frank allowed me to shadow him in his basement where he ran his full-time business.

Over the past several years I have learned to skin, flesh, tan, and mount deer, clean skulls, and cast and make molds of body parts.  I have also worked with coyotes, bear, foxes, fish, and birds and have accompanied Frank to taxidermy conventions and competitions. 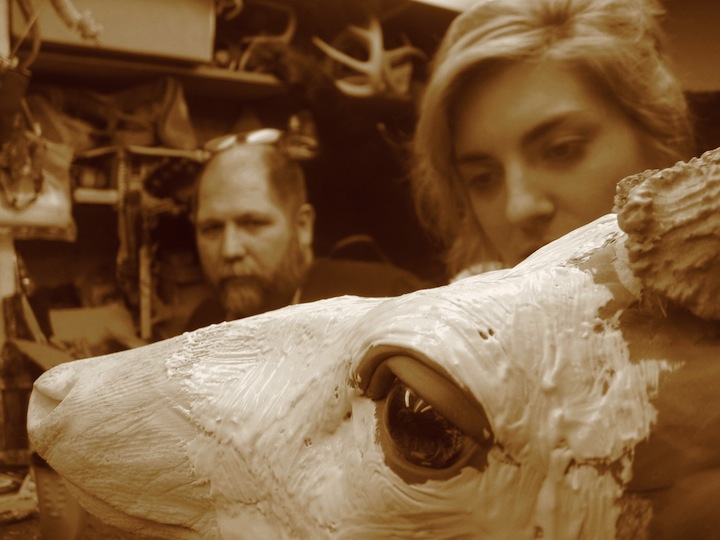 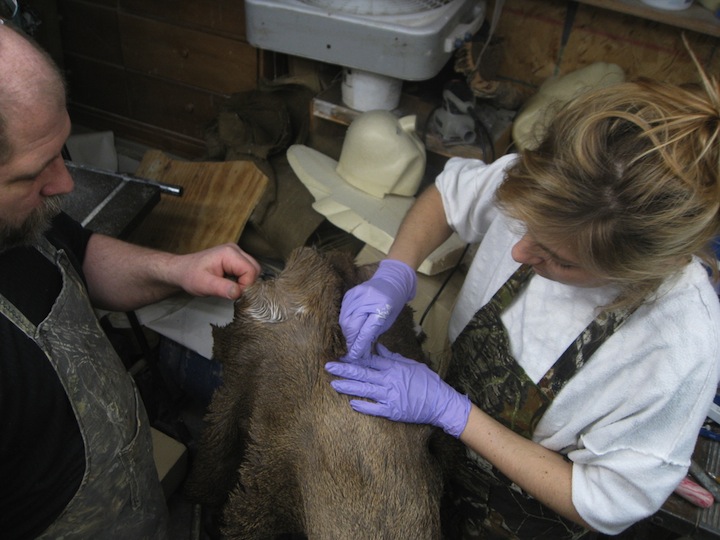 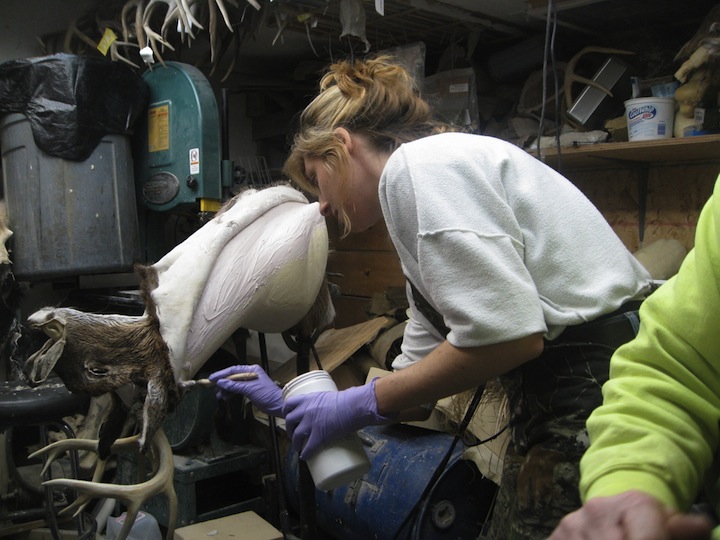 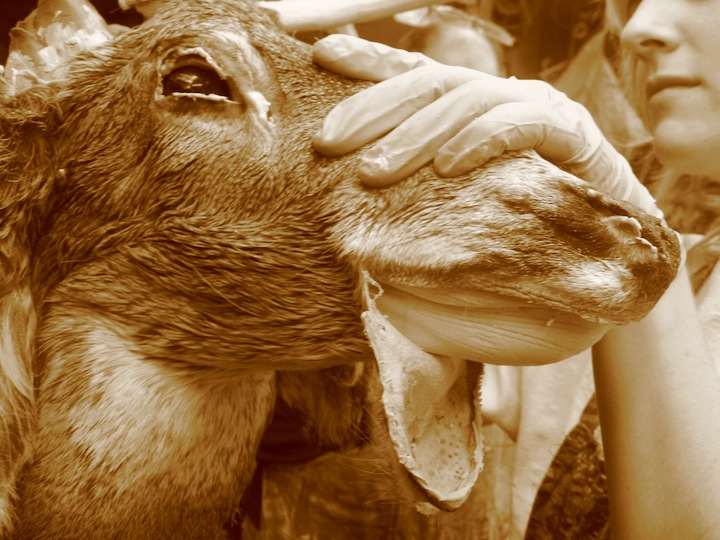 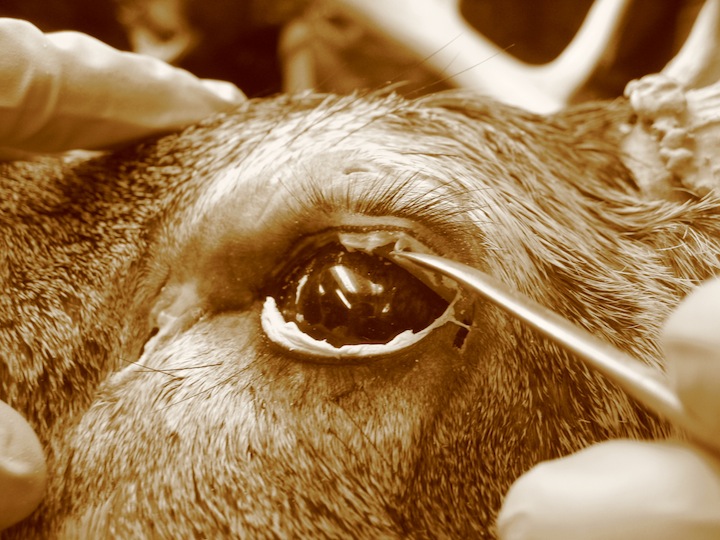 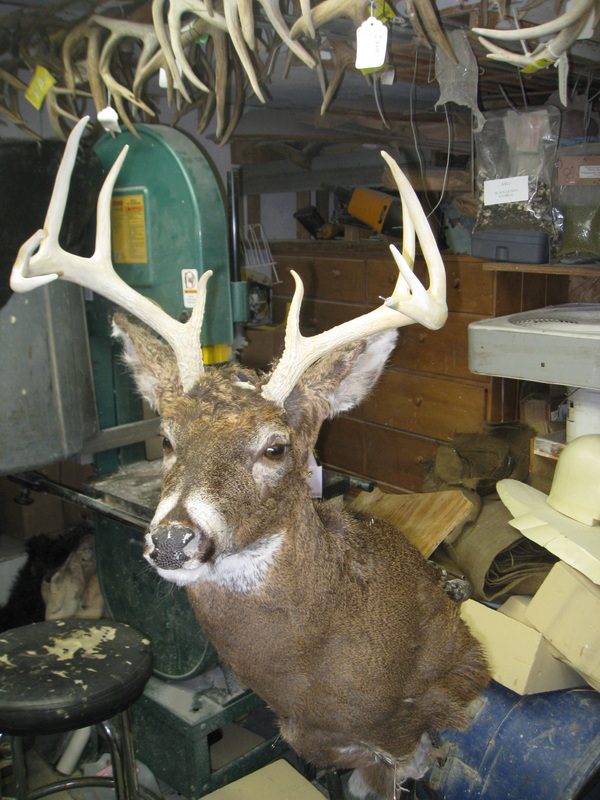 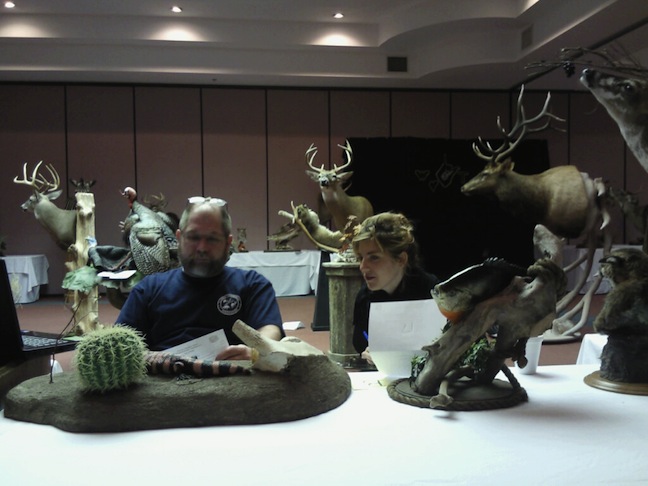 Frank was an avid hunter and described his experience as a metaphysical process.  The stillness of waiting produced hyper sensitivity which allowed him to become practically dissolve into his surroundings.  I was fascinated by this complete and conscious act.  On separate occasions I asked permission to tape record him and later transcribed the sessions in a notebook. 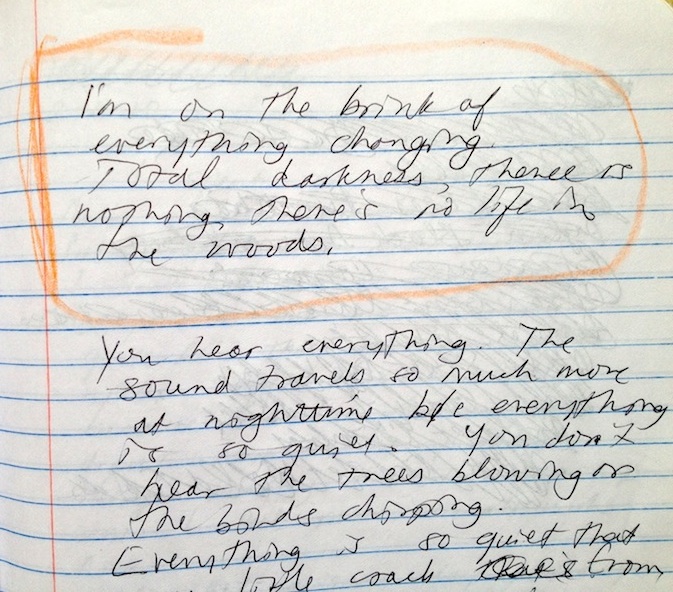