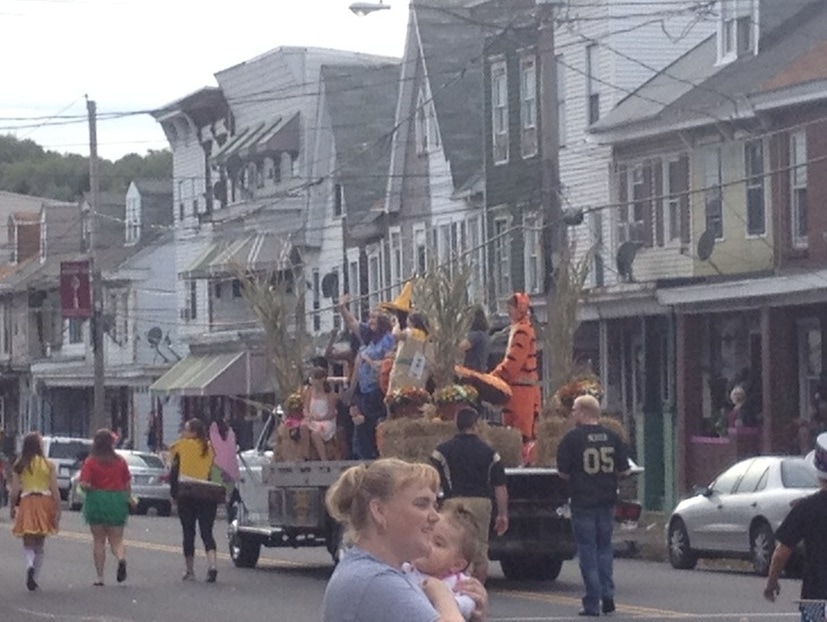 ​"The sign and reality sharing a single shroud."  -Baudrillard, "The Perfect Crime"

​
Mahanoy City's densely clustered row homes are built in a valley.  In the center of the borough, on top of a hill, is the abandoned high school "Mahanoy Area" which still dons (most of) its original hand-painted sign.
​
The row homes, many of which are dilapidated or have been foreclosed, line narrow streets, their pitched eves towering above block-long chains of folding chairs containing quiet onlookers, barely separated by partitioned porches.  Its architectural proportions make Mahanoy City unique: everything is narrow, both shrunken and elongated, compressed and stretched.
​Many houses are decomposing: siding peeling, multicolored, hexagonal shingles missing like teeth, roofs caving in, light streaming through slats of tall, crumbled walls, windows with bags billowing, taped over the pane to keep out drafty air.  Unattended toys scatter the sidewalk.

In October Mahanoy City decorates for Halloween.  Last month, in stead of walking through a maze of haunted-looking houses, I walked through a maze of haunted-looking houses decorated as haunted houses.  The same houses caked in soot with broken windows and curtains taped over doors had synthetic spiderwebs stretched across railings and glowing skeleton eyes peering from attic windows.  Some had foil door decorations depicting bright pumpkins and witches saying "Happy Halloween!" shadowed by a collapsed awning.

One Sunday I took a walk at dusk.  I passed a porch where a middle-aged couple sat talking to a guy on the sidewalk.  A few houses down I noticed a bloody foot dangling from a giant spiderweb.  Then I noticed something else: behind a few strips of cardboard meant to simulate planks blocking the window, there was a handwritten sign: "No trespassing or get shot: owner owns and know how to use a Gun!"

"I'm not even done!  I'm not even done yet!"  I realized he was calling to me.  I laughed and said "It's already too scary!"  The man was still standing on the corner with the couple and was very pleased I stopped to admire his decor.  ("She's takin' pictures" I heard him tell his friends.)  He said this year the theme was going to be "zombie break-out" and he even encouraged me to come back Halloween night where he would open his haunted house to the public.  I didn't ask whether the handwritten sign was part of the display.
If you stand on the street in front of the old Mahanoy Area high school you'll see two staircases.  The one on the right is the original set of cement steps and the one on the left is a new set of plywood steps.  Each one leads to the same destination: the dark, abandoned building at the top of the hill.  Once you reach the top of the hill, if you stand facing the school, you'll notice some of the windows have been replaced.  They still have stickers from the manufacturer in the corner and inside, barely visible through blue-ish film coating what remains of the original glass, new light fixtures hang from the ceiling.  Nowhere are plans advertised for the future of the building. 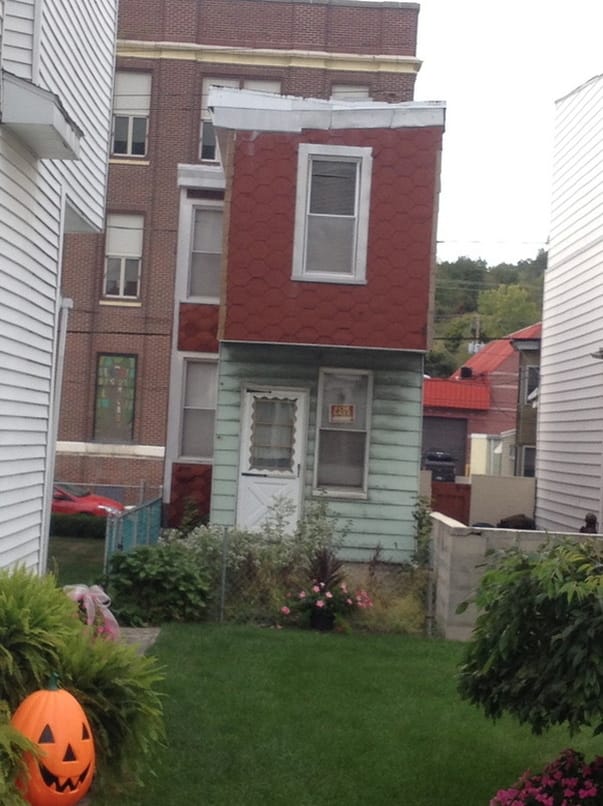 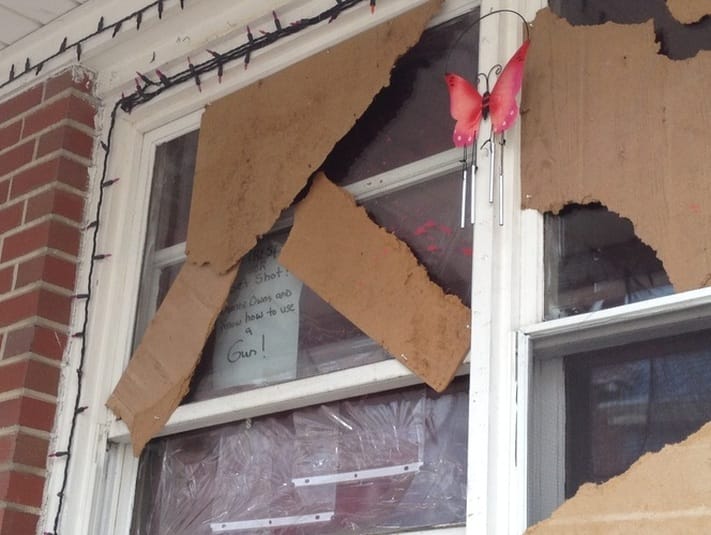 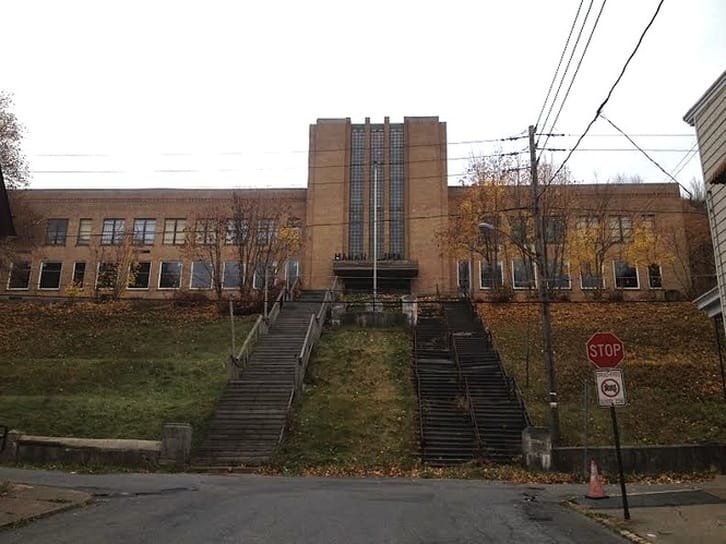 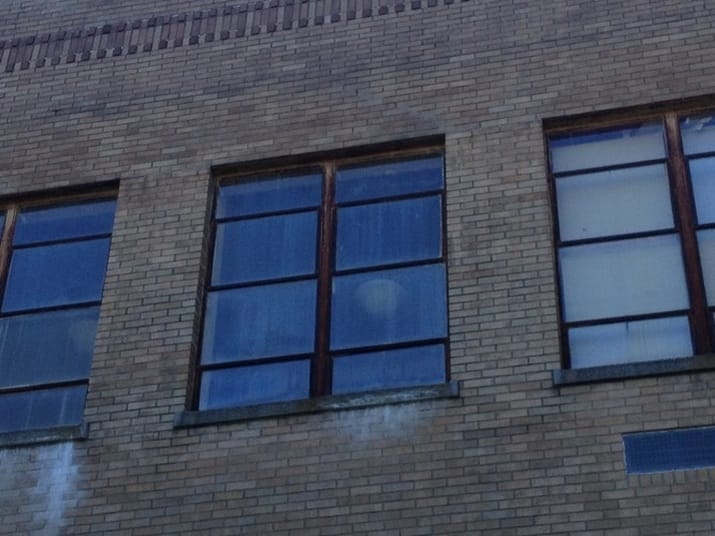